Founded by Jack Tramiel, in 1958, Commodore International was an American computer manufacturer. They released a wide variety of 8/16/32-bit computers, including the Amiga line of personal computers. Their most successful model was the C64 which sold more than 14 million units between 1982-1994.

COMMODORE 64 AT A GLANCE

These are some basic sales figures regarding the 8-bit Commodore computers. 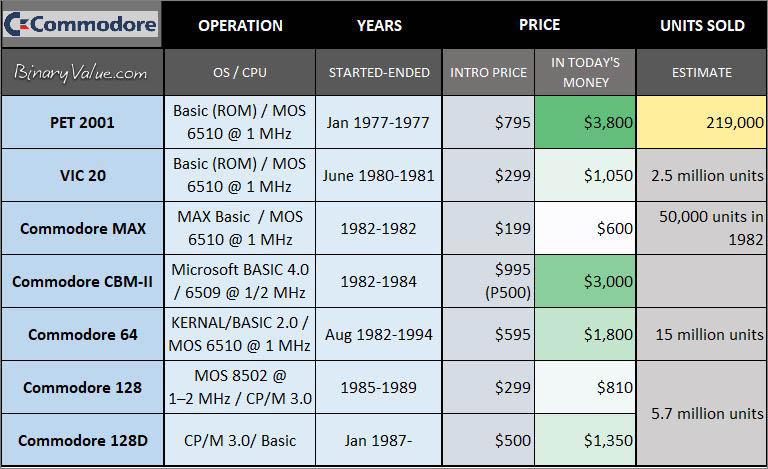