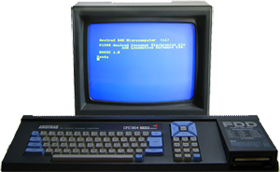 CPC AT A GLANCE

The Amstrad CPCs use CP/M as their operating system:

The ROM-based (built-in) Locomotive Basic was written by Locomotive Software on the Amstrad CPC:

Later, new operating systems were released for the Amstrad CPCs:

The FutureOS is a multi-featured operating system for the Amstrad CPC6128, 6128plus, C-One, CPC TREX, and KC Compact. FutureOS is being developed by the team called FutureSoft in Z80 assembler from 1989 up to today (2022).

The SymbOS by Prodatron is a free multitasking operating system for Z80 8-bit systems (Image at the beginning of this article):

These are the basic ports of CPCs. Note, that the CPC 464 model lacks the 2nd disc drive and the cassette ports.

There are a lot of decent upgrades for the CPC, the most interesting one is the M4 Board, which allows SD cards and WiFi access:

These are the CPC variants:

Released in 1984, the CPC 464 sold more than two million units. It was the lower-end CPC computer, offering 64K of RAM and a built-in cassette drive.

Released in 1985, a few months after the 664 CPC, the 6128 offered the CP/M+ operating system, 128K of RAM, and an internal 3-inch floppy disk drive. It was a successful model for Amstrad, as it sold more than 1 million units.

Nore, that the Schneider computer division distributed the Amstrad CPCs on the german market under their brand name Schneider (464, 664, and 6128 models).

Released in 1990, the CPC+ home computers were also based on Z80 at 4 MHz, offering a 12bit color palette  (4,096 colors) and stereo sound. The Plus series sold well in France, but not as well in the rest of Europe. The US home computer market was out of the radar of CPC+.

These are some basic sales figures regarding the Amstrad CPCs and other Amstrad models. 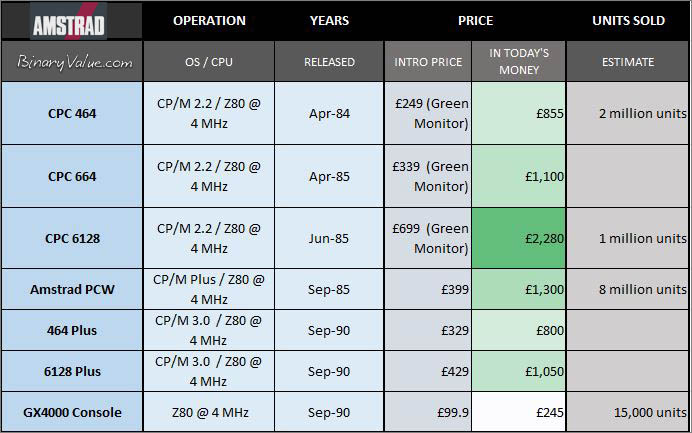