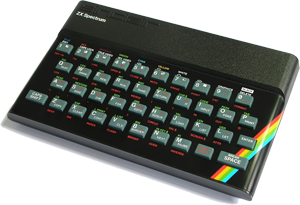 Released in 1982 by Sinclair Research, the ZX Spectrum was the first 8-bit computer that anyone could afford to buy.

The legendary Clive Sinclair wanted to create a home computer for every family. Early models were even released as a Kit to be further affordable. The ZX-80 starter Kit was sold as low as £79.95 (fully assembled at £99.95). The ZX80 sold about 50,000 units. The first very successful ZX Spectrum was the ZX81 which sold 500,000 units only in the first year. Later ZX Spectrum models offered the same Z80 CPU, but they were more technically advanced in other fields.

ZX SPECTRUM AT A GLANCE

The last ZX Spectrum manufactured by Sinclair was the 128K. The new 128K was significantly improved compared to the old ZX spectrums:

□ +2/+3 Spectrum Computers (made by Amstrad)

In 1986, the entire line of Spectrum computers was sold to Amstrad. Amstrad released the +2 and +3 Spectrum models.

Released in 1984, the Sinclair QL was a commercial failure for Sinclair. The QL is based on the Motorola 68008, offering a pre-emptive multitasking operating system. 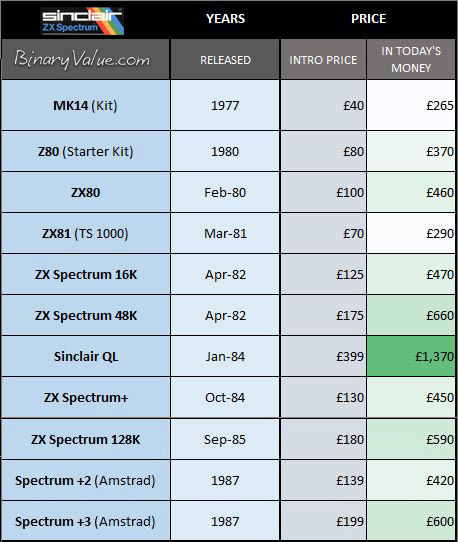