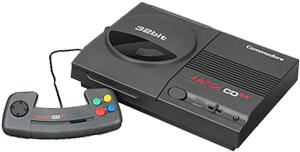 THE CD32 AT A GLANCE

The CD32 is hardware-compatible with all Amigas, and it is actually an A1200 with a CD-ROM and a controller, but without the keyboard and the mouse.

The CD32 features 24-bit graphics, and more specifically, Commodore's Advanced Graphics Architecture chipset (AGA). This means it offers the same graphics as the A1200 and A4000 computers.

Basically, CD32 offers the same sound chipset as other Amigas, by adding the enhanced sound capabilities of the built-in CD.

The Amiga CD32 can be connected to TVs via various methods but also to RGB monitors, (French models or by using the CD Riser expansion).

You can upgrade CD32 using third-party devices via the expansion slot on the back. Using the expansion port, you can add a cheap PS/2 keyboard, a CF/SD hard drive, a 68030 CPU, and up to 64 MB RAM. Note, that by adding 8MB Fast Ram and an SD card hard drive you can use the Amiga WHDload software. WHDload enables access to thousands of Amiga games and apps.

These are some notable CD32 applications:

□ For the full CD32 games list, you can visit Wikipedia here: » https://www.wikiwand.com/en/List_of_Amiga_CD32_games 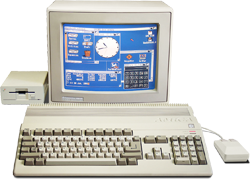 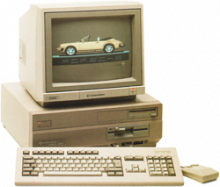 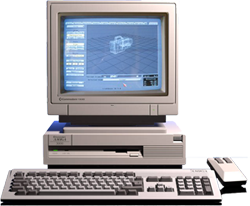 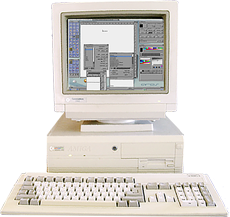