Manufactured from 1986 until 1992, the Apple IIGS was the first truly multimedia Apple computer. Steve Wozniak was involved in the design and layout of the computer. Based on a 16-bit CPU, the IIGS offers significantly improved graphics and sound compared to earlier Apple II models, while being fully compatible with them (via the Mega II chip). The computer was sold for $999 or about $2,640 in today’s money.

Released in October 1990, the Macintosh LC is a low-budget personal computer manufactured by Apple until the spring of 1992. The LC stands for "Low Cost" and Apple sold it to schools for almost the same price as an Apple IIGS. 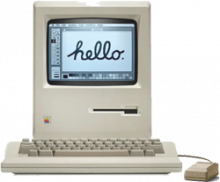 Released in January 1984, the 128K is the original Apple Macintosh personal computer. The Macintosh features the 68000 CPU from Motorola, a GUI, and bundled with MacPaint and MacWrite. 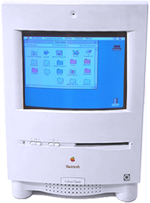 Priced at $1,399, the Macintosh Color Classic was manufactured from February 1993 to May 1995. However, it was sold up to January 1998 in the European and Japanese markets. The color classic offered the "all-in-one" design, with an integrated color RGB Sony Trinitron display. It was the first "all-in-one" Mac to adopt a new modern design with a lot of lines and curves. 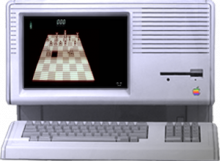 The Lisa is a rare GUI-based business computer released by Apple Computer, Inc. in 1983. There are two editions (Lisa I and Lisa II), while Lisa 2/10, was modified and later released as the Macintosh XL. The Lisa computer was more advanced than the later Macintosh 128/512K but it was far more expensive. Lisa 1 was sold for $9,995 which means around $29,000 in today’s money. Lisa 2 was less expensive.